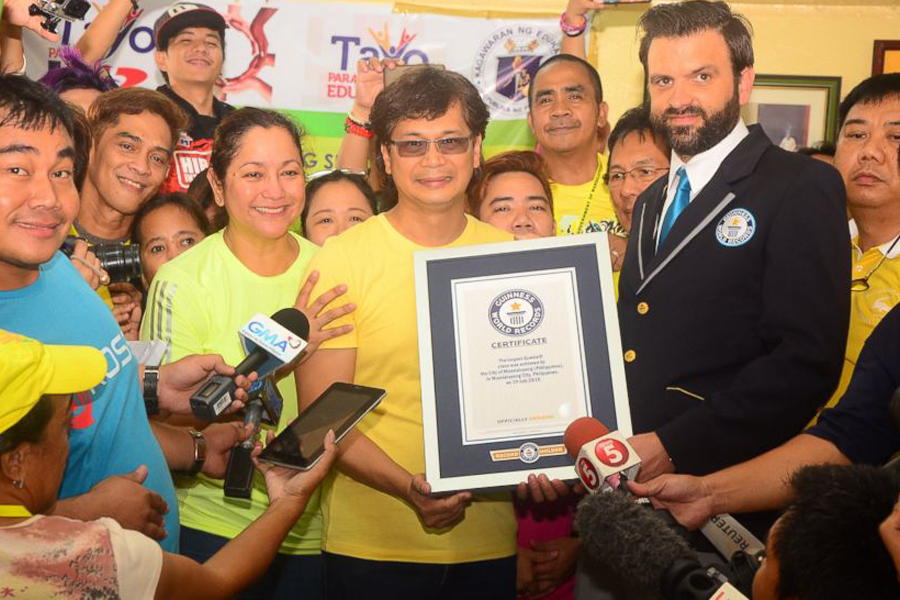 More than 12,000 people have officially crushed the Guinness World Record for the largest Zumba class ever to dance. The event, which took place on July 19, was organized by the city of Mandaluyong in the Philippines and was part of Mayor Benhur Abalos' birthday celebrations. Abalos, who recently won a United Nations Public Service Award, launched a health care program that encourages a healthier lifestyle, Guinness said.

"More than being a record-breaking event, it highlighted the importance of having a holistic approach to a healthy lifestyle," Abalos said in a statement to Guinness. "It is not enough that you eat healthy food. You must also exercise regularly"

As for the 12,975 participants, Abalos said, "They all [participants] want to champion a healthy lifestyle. You can't bring in that such huge number of crowd unless they believe in the advocacy."

A total of 84 licensed Zumba instructors from the Philippine Zumba Network practiced for 2 months to prepare for facilitating the record attempt.

According to Guinness, the largest Zumba record was first achieved on January 1, 2011 by 638 participants at an event organized by the Greater Wichita YMCA in Wichita, Kansas.

The current record set in the Philippines marks the tenth time it’s been broken.